You are here: Home / gardening / A month of midsummer spinach 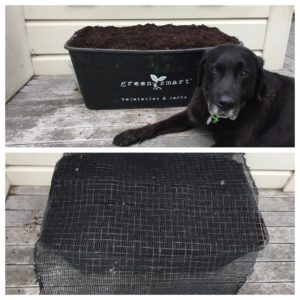 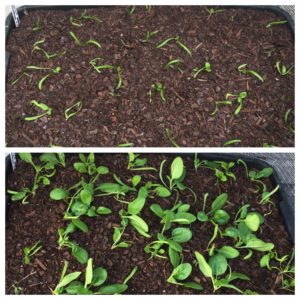 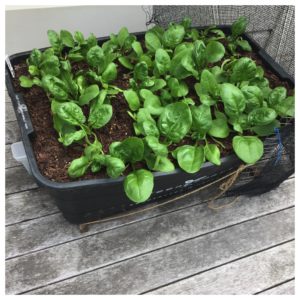 Here’s what a month of growing spinach in December in a self-watering container looks like. I filled the container with home-made compost and added a thin layer of potting mix on the top. I sowed 90 spinach ‘Santana’ seeds (5×9 with two in each location) on 2 December. If two germinated I thinned to a single seedling. I kept the seeds covered with shade cloth for the first two weeks to keep them shaded and protected from wind and birds. I kept the shade cloth at the end of the container after that as it gave protection from the wind. I initially watered the surface about once a week and now I’m topping up the reservoir a couple of times a week. It’s sunny in the morning and gets shade from about midday. I’ll be picking the first leaves this weekend (4 January). You could start the same now for similar results.

If you came to do the home composting for beginners workshop with me at the end of November and started filling a compost bin soon after then it’s time to start another one.