You are here: Home / gardening / Compost progress – when will it be ready?

I’m often asked how long until compost will be ready and can only offer the very unsatisfactory answer ‘it depends’. The main thing we forget is that the clock starts when we stop adding new ingredients. If you want compost ready faster, build more, smaller ‘heaps’. Ingredients, temperature, moisture, air and surface area of ingredients affect speed of decomposition. Everything which was once living will eventually be defeated by the bacteria and fungi that specialise in that process if they have the right environment. Here are a few examples:

Compost from Home Composting for Beginners workshop 4 July 2020. Made in 150l bin and turned into 70 litre rubbish bin (with drainage holes) ten days later. Decomposing well after 25 days. I haven’t used a rubbish bin like this before. There are already plenty of worms in the compost so the lack of contact with the ground shouldn’t be a problem. It was a conveniently sized container. 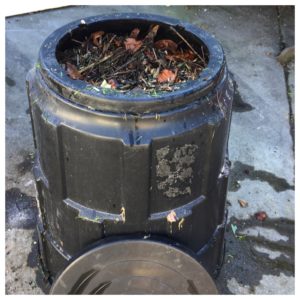 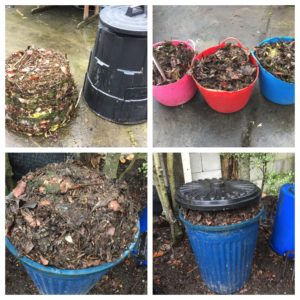 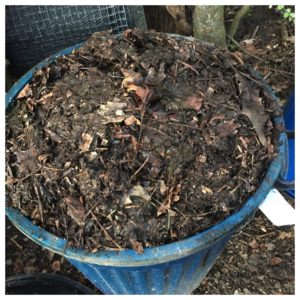 Flax leaves in a 350l bin Christmas Eve 2019 (what else would I be doing?) and seven months later in a 195l bin, turned and watered once in April (because I needed the 350l bin for the agapanthus leaves below). Compost will be great but probably not ready until at least Christmas 2020. An experiment in doing the minimum with a single ingredient. 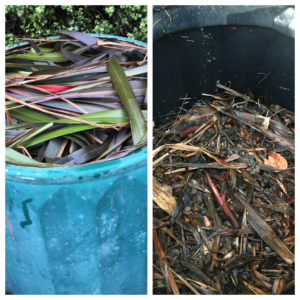 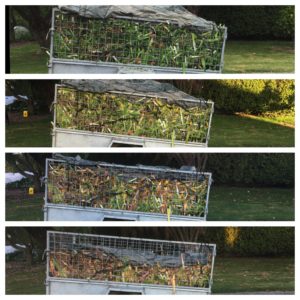 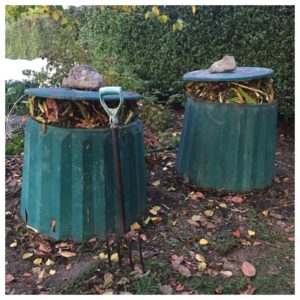 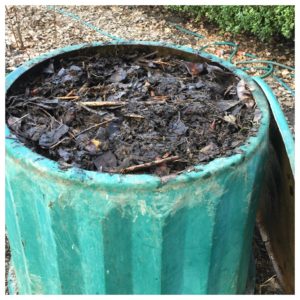