This lovely fellow hopped gracefully into the seaweed mulch on my potatoes before I had chance to kiss him so I’ll have to be content with one handsome prince. It was a drizzly day but it was still a surprise to see him venture so far from our pond. Not one of New Zealand’s remaining four native frogs but a welcome visitor nonetheless. 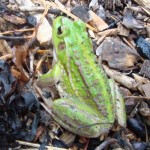 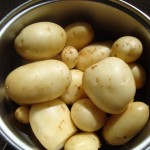 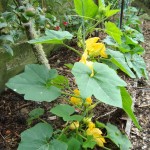 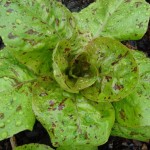 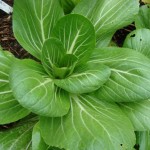 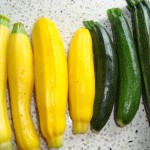 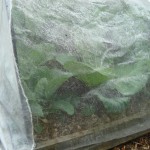 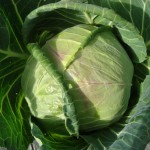 I’v dug my first potatoes of the season – a small but perfectly formed portion of jersey bennes that I’d planted on 7 September. Delicious with a steak and salad. There’s still time to sow some more potatoes. Try mulching your potatoes with seaweed to feed them, conserve moisture, protect them from the wind, keep down the weeds and stop the tubers turning green in the sunlight. I put on two layers if I’ve got enough seaweed – one when the first shoots are through and a second when the haulms get taller. I neither wash nor chop the seaweed – just lay it in a ‘nest’ around the shoots.

Keep pinching out shoots from your tomatoes and supporting them as they grow. I wind mine round a piece of baling twine, supported by bamboo stakes and use the same approach for mini-pumpkins as it means they get plenty of sunlight and take up far less space. Time to sow some more seeds – even if not all of them come up because you can’t keep them watered over the summer break, you might find there are enough showers to give you some success. Certainly success is more likely if you sow them than if you don’t. My favorite lettuce this year has been ‘freckles‘. I’ve just picked some lovely pak choi which amazingly hasn’t gone to seed (unlike everything else – it’s the hot and dry weather). I’ve also picked the first zucchini – gold rush, cocozelle, zephyr and ambassador). Still time to sow some zucchini or pumpkins. The brassicas are doing well in a relatively shady spot under a mesh to protect them from cabbage white butterflies. An alternative to spraying with ‘Dipel’ organic spray. I’ve made a spring cabbage ‘space saver’ into coleslaw this week and used some basil from the tunnel house to make some basil and pine nut pesto. If you’ve got large groves of rhubarb you can preserve its distinctive taste in easy rhubarb and ginger jam.